Search www.Speedsurfingblog.com for your answer

Author: Patrick Miller
After the first half of the year I like to take a look on the Evaluated Ranking 2011.
Before the year started I thought it would be a nice try to get a ranking every month and maybe I would get a nice position in the Evaluated Ranking at the end. Hmm, the start of the season wasn't perfect...I missed the surfable days in January because I was skiing and so I have no ranking for the first month. From February on I had some nice sessions every month. I wasn't on my small gear every month sometimes my best session was done with a 7.8 but who cares, at least a ranking and fun on the water! 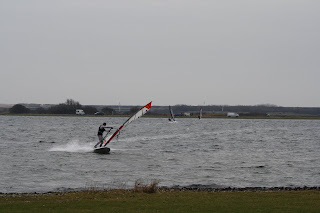 After six month I now come into reach of place 50, not too bad. Okay not everyone has the Evaluated Ranking in his mind, for example some really fast guys from Down Under are far away from posting sessions every month. But in my opinion this doesn't depreciate the Evaluated Ranking. You still need eo be consistent and furthermore you can get a good position even if you are not one of the fastest riders!

At the ende a short note about the importance of the spot choice (Erik pointed out this aspect: http://www.speedsurfingblog.com/2009/08/my-thoughts-about-evaluated-ranking.html ). At the moment it looks like it is possible to reach at least the Top10 without traveling to the fastest spots every month.

Also have a look to our authors own blogs: Redsurfbus
Dailybits
IRL-250